Signal propagation from the GNSS satellite in the form of electromagnetic waves to the receiver through the atmospheric medium causes atmospheric bias, both ionospheric and tropospheric bias caused by changes in the medium in the atmospheric layer, and signal delays. The slowing down of the signal in the troposphere is known as the Zenith Tropospheric Delay (ZTD). The bias or interference must be eliminated to obtain an accurate position. However, this information is useful in meteorological studies to provide an overview of atmospheric conditions. This study determines the estimated value of the ZTD from the observation data of the CORS GNSS station. Data processing is carried out using the PPP method through an online platform. The results of this processing, besides obtaining the CORS station position, the ZTD value and its standard deviation are also obtained. The estimated ZTD value for each CORS station is different due to the different atmospheric conditions (weather) in ​​each station's area. 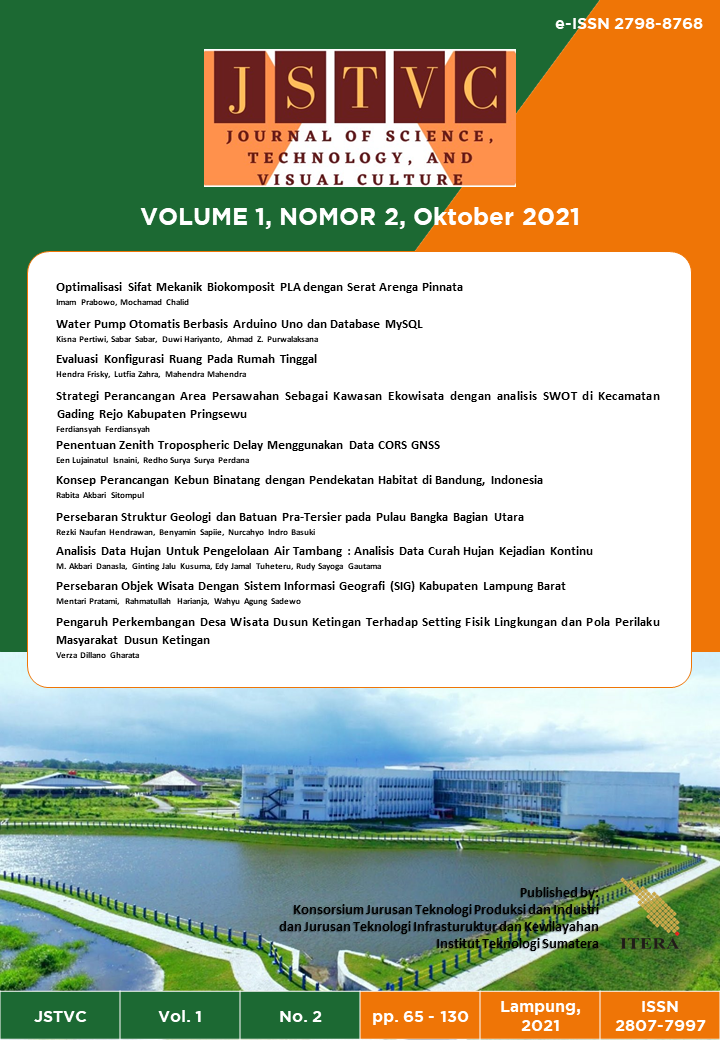